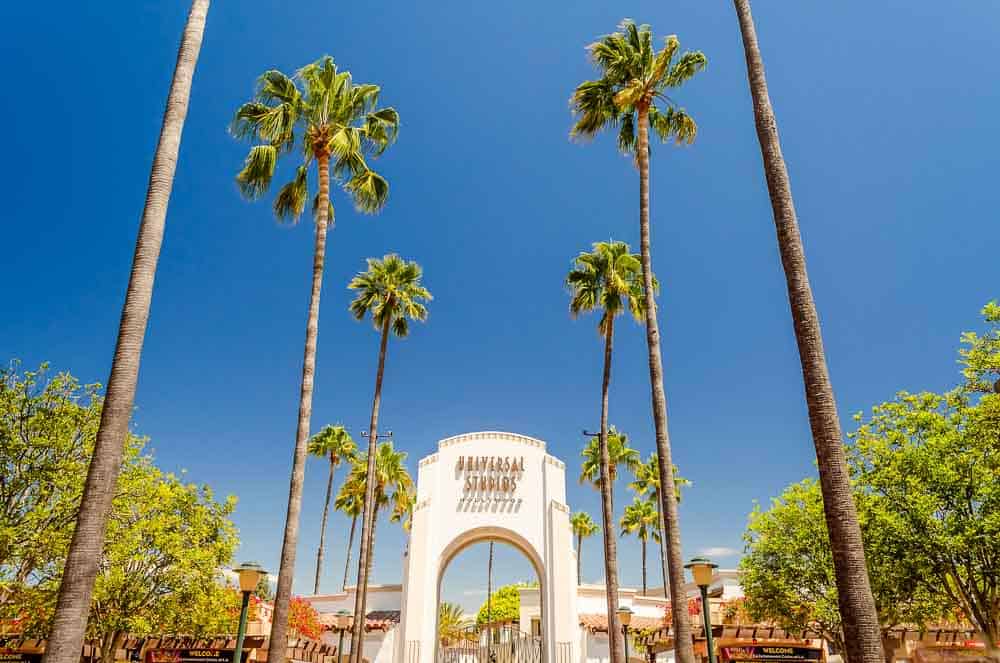 And in my view, the short answer is – it depends on a few different things.

So to help you decide is the Universal Studios Express pass worth it, in this guide, I’m going to take you through everything you need to consider first.

In this Universal Studios Hollywood fast pass guide – we will look at the following:

And by then, I think you’ll easily be able to decide whether or not the Universal Studios Express Pass Hollywood tickets are worth it for you and your family.

This post may contain compensated links.   Please refer to my disclaimer here for more information.

Is Universal Express Pass Worth it For Hollywood?

Many of you may have come here for me to give a simple yes or no answer to are the Universal express passes worth it.  And if I had to say yes or no – then my answer would be yes, they are.

Although, for larger families or groups weighing up the benefit of the additional cost or who’d rather save that extra money to buy some souvenirs, there may very well be some situations where my answer would be, no –  save the money.

However, before deciding if the Universal Studios express tickets are worth it for you and your family, you really need to understand the bigger picture – so let’s look at that first. 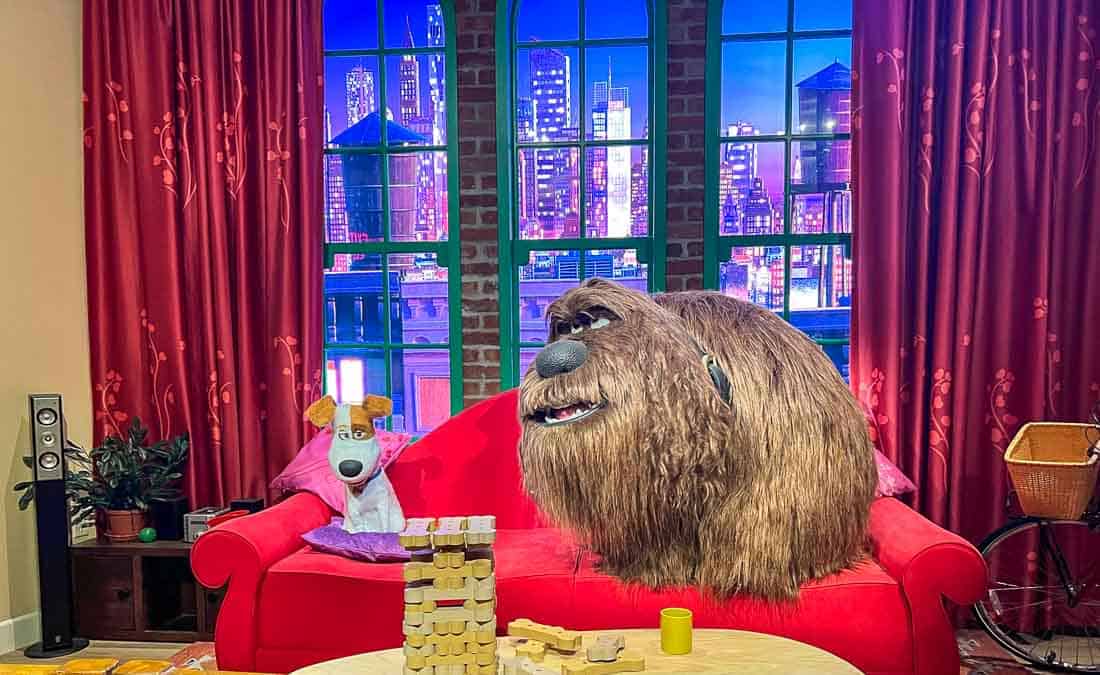 What is Universal Studios Express Pass?

Only so many Universal Studios Hollywood express pass tickets are sold daily to ensure the Express lines remain short.  And this can save you a stack of time!  During some busy days, the most popular ride lines can have a standard 2-3 hour wait!

Another benefit of having an Express Pass is you get priority access to the shows and special seating.  This is a fantastic perk when visiting with little kids who need to be up the front to see well.

As you enter the park and hand over your pre paid voucher, you’ll be provided with your express passes.

Then unlike Genie+ at Disneyland – with the Express Pass, there is no complicated booking system.  All you need to do for each ride or show you want to experience – is look for the Express line and enter there.    Usually, before entering the line, you’ll be required to scan your pass or show it to a park attendant.

On most days, with the Express Pass, you won’t have to wait more than 5 minutes for any ride!  That’s right – no hour long waits – pretty much just straight onto any ride you want. For example, we recently visited during the California school break, so peak season (which is why we decided to buy Express Passes in the first place) and I can assure you we never waited for any ride for more than 5 minutes.  It was like we were A+ celebrities!

Just keep in mind that the ticket allows you one entry to each of the rides, attractions and shows.  So if you wish to experience any rides or shows again, you will need to line up in the standard line. 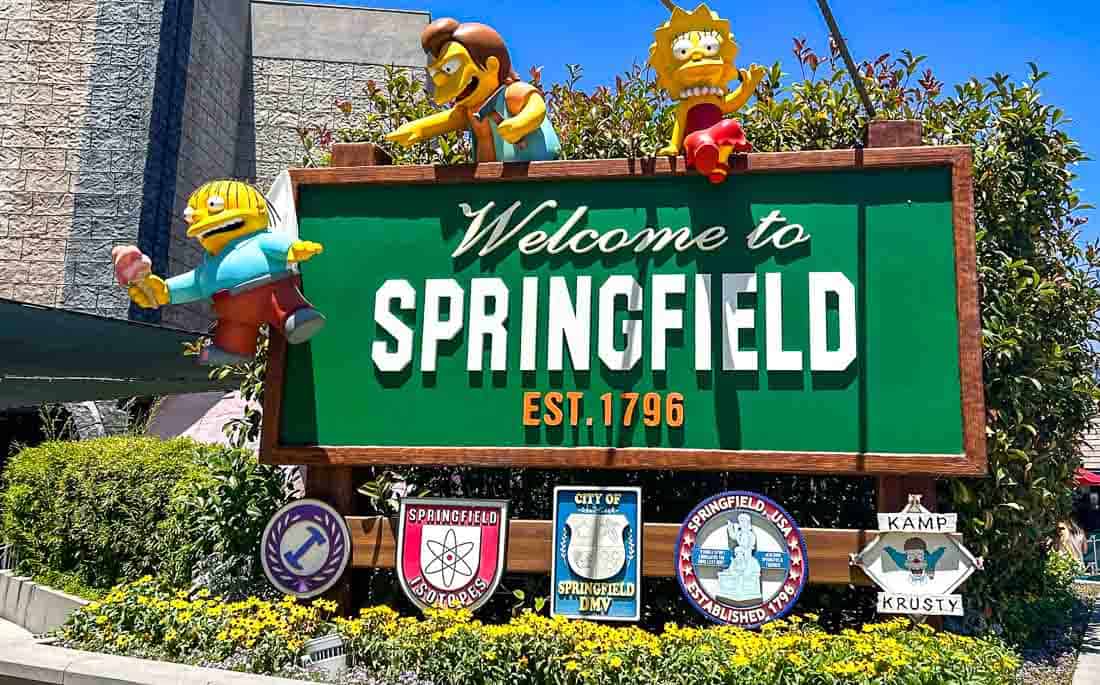 Unlike Genie+ at Disneyland or Express Passes at Orlando Universal Studios, the good news with Hollywood Express Passes is that ALL rides, attractions and shows are included.  So if you have an Express Pass, you will not have to line up in any long lines whatsoever!

How Much is the Express Pass at Universal Studios?

This is compared to the standard one day admission, which is between $109 to $139.

The cost of Universal Studios Express Pass may make getting them completely out of the question for some families.  However, I would still recommend you consider it.

I mean, think about it. If you’re visiting on one of the busiest days of the year and the whole family wants to go on all the rides at least once, you will spend most of your day in long lines and perhaps still not see everything.  In this situation, I think the Universal Studios Express ticket price simply has to be factored into your budget otherwise what’s the point of going in the first place. Of course, you could get multi day tickets, but this adds extra cost, plus additional hotel costs for another day in Los Angeles.

However, there are ways to reduce costs: simply buy the Express Passes for those in your family who will be going on most of the rides. 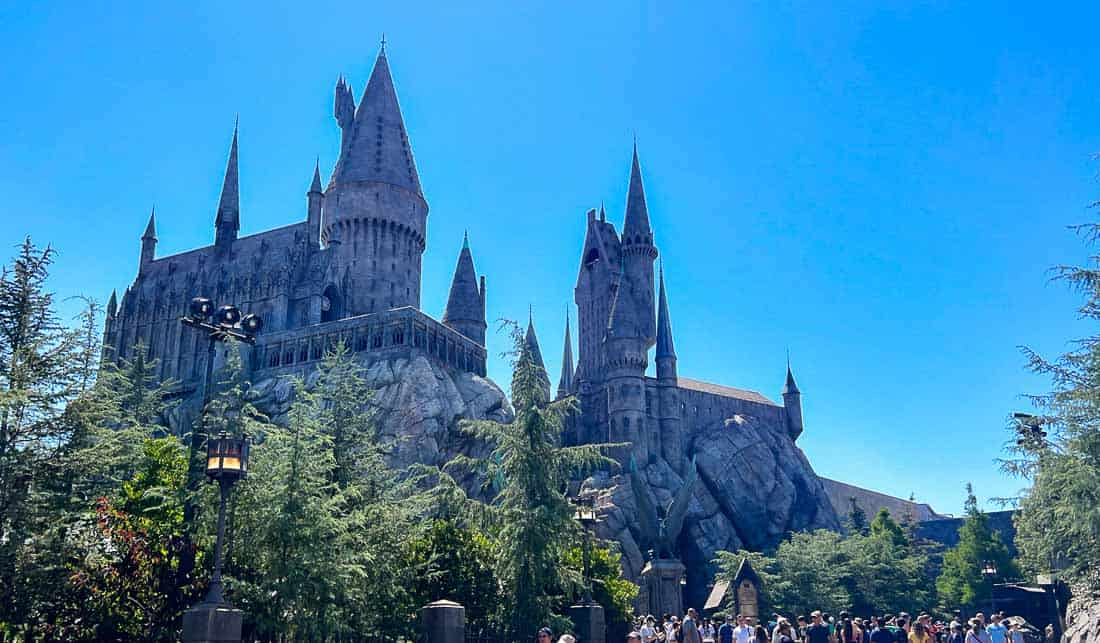 Does the Universal Express Pass Include Admission?

Yes, the Universal Studios Hollywood Express Pass cost does include admission to the park, so once purchased, there is no more to pay.

Some families might be familiar with the Disneyland Genie+ service, where you buy the Genie+ as an add on to your standard ticket.  However, the Universal Studios Hollywood system is that the one ticket includes your normal admission and access to the Express Lines.

How to get a Universal Studios Express Pass Upgrade?

There are two ways to buy Universal Studios Express Pass tickets.  Either purchase them at the time you buy your entry ticket or for those that have purchased standard tickets ahead of time, you can do a Universal Studios upgrade to Express tickets once you’re inside the park.

For families who know from the get go that they want the Express Tickets, I’d recommend buying them in advance.  It is usually much cheaper doing it this way and there is always a chance the Express Passes could sell out.

However, if you’re still on the fence about whether or not they are worth it, I’d recommend purchasing standard admission tickets, and you can always get a Universal Studios Express upgrade once inside the park.

The benefit of waiting to upgrade once inside the park is you can look at the crowds and lines and decide whether the express passes are worth the extra money.  However, do note that Express Passes can sell out, so if you think you might want to upgrade on the day – buy them early!

Just like purchasing your Express Pass upfront, an upgrade’s price varies.  Generally, the upgrade price is anywhere from $70 to $150.

Upgrades can be purchased in the Upper Lot at the Box Office or the Lower Lot in the kiosk at the bottom of the escalator.

You can purchase your Universal Studio tickets here.

Is the Universal Unlimited Express Worth It?

Before deciding whether or not the Universal Express Pass is worth it – you may also want to consider the Universal Unlimited Express pass.  The unlimited pass means you can go on each ride as many times as you like.

So if you’re planning to go on each ride once, there isn’t any benefit whatsoever in getting the unlimited pass.  But for those who know you’ll want to ride the Harry Potter and the Forbidden Journey ride at least five times, the unlimited express pass will be worth it.  We would have loved to have gone on some of our favourite rides again and again, but given how long the lines were we just didn’t.

Although for those families who want to ride their favourite rides at least twice- consider going early and jumping on these rides first without scanning your express pass.  That way, you can use your express pass to ride again later in the day when the lines are longer.  This saves on having to purchase the Unlimited Express Pass.  On the day of our visit, we also noticed that lines became shorter, later during the evening, so that’s another option, to plan on staying late. 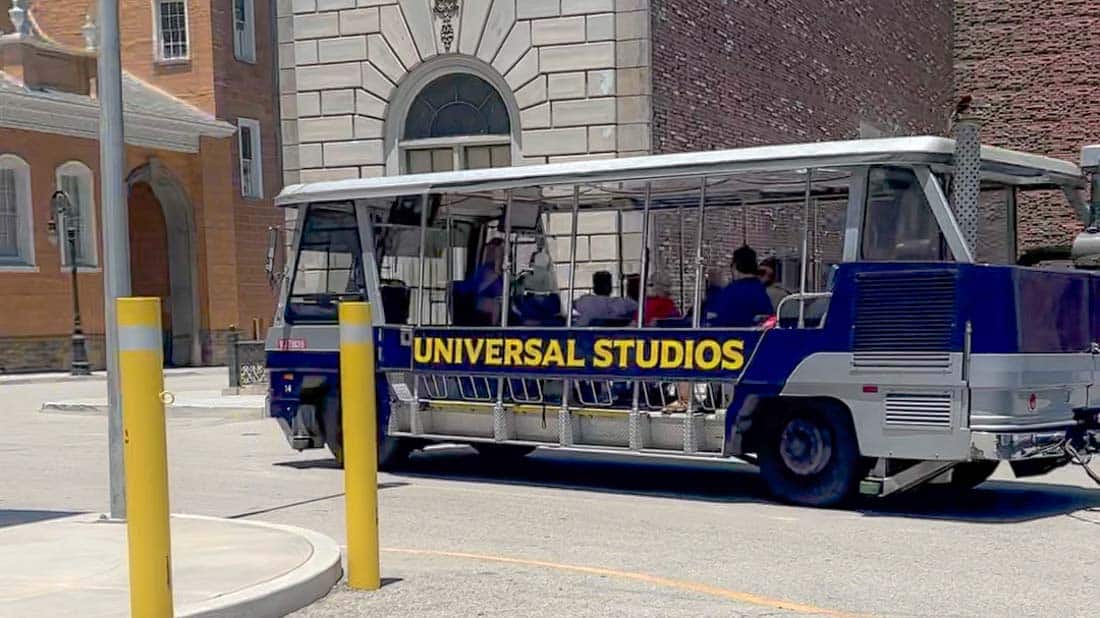 Is the Universal Studios VIP Express Pass Worth It?

Another option you might consider is the Universal Studios VIP Express Pass.  With this pass, you’ll be escorted around the park with your very own guide.

You’ll have unlimited priority entry to all the rides and shows and breakfast and lunch provided.  You’ll also enjoy exclusive behind the scenes access during the Universal Backlot tour.

The VIP tickets start at $349.  So I guess if you were already paying top dollar price for your Express Ticket or Unlimited Express Ticket, then the VIP pass may be worth considering.  Many people rave about the VIP experience, but I’m not sure I really want to be escorted around the park all day.

Final thoughts – Is the Universal Pass Worth It for Hollywood?

If you’re short on time, and you’re only going to Universal Studios for one day and you know it’s likely to be a particularly busy day- then it’s 100% worth it.  Our recent visit was right in the middle of the school holidays, so we expected big crowds.  We didn’t want to spend a good part of our day just standing around in lines.

I also think the Express Pass would be a godsend for families with young children, where standing in lines all day will be problematic.  Older children may be happy chatting or playing games on their devices while waiting, but this might not be possible for grumpy toddlers.

However, before buying the passes for everyone, consider what rides each person will go on.  If you have children who don’t meet the minimum height requirement of many rides or are too scared to ride, you’ll get no benefit from the express tickets.  In this case, it may be worth buying Express Passes for just certain members of your family.

At the end of the day, only you can decide whether the Express Pass is worth it for your family.

So what have you decided?  Either way, you can purchase your Universal Studio tickets here.